The store will not work correctly in the case when cookies are disabled.

Understanding the Fundamentals of Mediumship
Rating:
100%
Facebook Twitter Email
Skip to the end of the images gallery 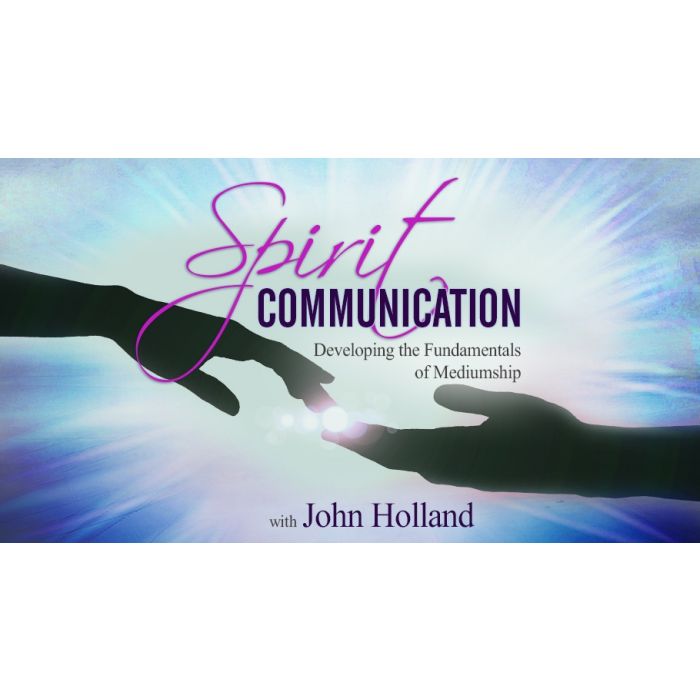 All of a sudden, you’re clearly aware of how a future event will unfold or feel connected to someone from your past—someone who is no longer here—almost as if they’re speaking to you, right now.

What you’re experiencing in these moment is a psychic opening. Many people have experienced them in their lifetime... but only the most sensitive are able to tune into this gift on demand.

If you’ve experienced your own mediumship or psychic abilities firsthand and want to learn how to manage and use these gifts to help others, we invite you to be a part of world-renowned medium and celebrated author John Holland’s new course Spirit Communication: Developing the Fundamentals of Mediumship.

This course will give you weekly support and teach you how to:

Your psychic gifts hold the power to help others shift out of fear and into a higher frequency of love and peace.

Learn to unlock your gifts now, so you can use them for good.

Such an amazing teacher with so much knowledge to share, I really felt myself go next level after this course. Highly recommended to anyone who wants to learn mediumship